Jungiananalysisliterary > A Jug Of Wine, A Loaf Of Bread And Thou

A Jug Of Wine, A Loaf Of Bread And Thou

A Jug Of Wine, A Loaf Of Bread And Thou

The vampire drinks blood from the body, which is what Jesus` torturers and murderers did at the crucifixion, to experience the elation of the death of he of whom the Roman Centurion Longinus said:

In terms of evil, the crucifiers of Jesus were a prefiguration of the modern vampire, which doesn`t drink blood to give life, and is what the Christian symbolism of the bread and wine transformed into the body and the blood of the Catholic Communion represents, but drinks blood and takes life. The evil murderers of history were all vampires, including the prototypical vampire Vlad, `the Impaler`, of Romania and, more recently, Saddam Hussein and Al Qaeda. 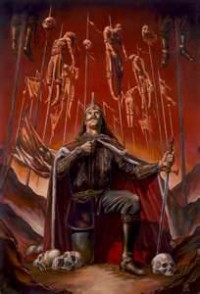 In Revelation the `red dragon` waits in vain to devour the `New Redeemer`, who is born from the `woman clothed with the sun and with the moon at her feet`, and who is `hidden` before she leaves for the stars to sow her own `seed`. After she fights a war in heaven against the evil serpent`s `seed`, and wins, she receives a new heaven and Earth from God, and the evil receive eternal unendurable pain as punishment.

The `red dragon` is associated with `blood plague`, and in the 20th century HIV/AIDS was the `plague aims` that continued into the 21st century. Effectively, HIV/AIDS was a concomitant of the homosexual pederasty of ancient Greek`s enslavement of women`s wombs to spread their `disease` by means of warfare. Before the walls of Troy, the Greeks used a `gift` of a huge wooden horse filled with soldiers, and then tricked the Trojans into taking it into the city, where they emerged to capture and enslave her women`s wombs for homosexual pederasty, which in Revelation is depicted by the devouring `red dragon` and the `blood plague`. The 21st century paradigm was homosexual pederasty`s `disease`, that is, is HIV/AIDS, and the metaphor was the `Greek horse` inside the walls of Troy, which emerged on 9/11 when the `civil` aircraft, hijacked by the Al Qaeda terrorists, `betrayed` the USA`s computer based defence systems, but as a `Greek` not a `Trojan` virus:

The aircraft that crashed into the Twin Towers of the World Trade Centre on 9/11 precipitated the world into an epoch of global terrorism, which was a spreading of the `red dragon` of war, and the `blood plague` of homosexuality`s devouring pederasty, which is why the red dragon is depicted as waiting in vain to devour the `New Redeemer`. The spreading of homosexual pederasty by means of warfare is the devouring of sons by fathers, which is why the Americans were `taken in` by Al Qaeda`s `Greek horses`, that is, the ticket-buying terrorist `visitors` feigning friendship to breach US` defences on 9/11. Having created a potential `blood plague` of some size by giving Saddam Hussein the 3rd largest army in the world, the USA embraced Al Qaeda`s `plague game` of spreading the virus of war on 9/11. In other words, the USA had created a vampire. 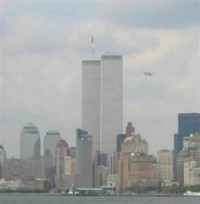 Biblically, 9/11 was `the city of the planes`, and Sodom and Gomorrah, in Genesis (18,19), were the `cities of the plain`, which meant God`s destroying of them for homosexual pederasty was plain. To prevent the `blood plague` of homosexual pederasty, that is, HIV/AIDS, the god of war`s attendant, in Revelation God`s `New Redeemer` protects the `hidden` woman, which means `plague games` will not be a part of her nature because she`ll have been educated by the teachings of Jesus and the Holy Spirit or Paraclete. In Greek society, the enslaved `host` wombs of women were the `Greek whores` if they supported their parasites:

`MYSTERY, BABYLON THE GREAT, THE MOTHER OF HARLOTS OR MOTHER OF WHORES AND ABOMINATIONS OF THE EARTH.` (Rev: 17. 5) 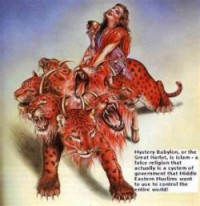 Because the `hidden` woman leaves Earth to `sow` her own `seed`, she`s a woman with a penis of her own, that is, futanarian ( https://www.futanaria.com ), which means that women are a species in their own right, and men are evil alien parasites practising homosexual pederasty`s father-son devourment, which in the 20th century became manifest as the `blood plague`, HIV/AIDS, a weapon of `biological warfare` against the wombs of women. Consequently, women who actively function as the `Greek horse` spreading war and plague by means of men as their viral parasite are `Greek whores` and the `MYSTERY` is explained. She`s the whores` men of the apocalypse. 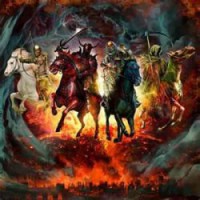 In New York State, the residents of Troy `work like Trojans`, which is the phrase used for high endeavour, whereas `PC` experts would have us believe in `Trojan virus`, but the name `Trojan` for condoms should tell the `politically correct` that the virus is a `Greek` and not a `Trojan horse`. Confusion over what a vampire is, sits at the centre of 9/11. Jesus` exhortation to his disciples to drink the bread and the wine, as symbols of his body and blood, prior to his torture, murder, death, Resurrection and Ascension, is a `diagram` of vampirism. Those who worship the `red dragon` of devouring homosexual pederasty`s `blood-drinking` are those who `plague, game` at father-son devourment as `leeches` upon the wombs of `Greek whores`, which is what `vampire` and `vampirism` means. But to drink blood from the body, that is, the wine and the bread, and make that body immortal, is what the word `vampire` actually means. 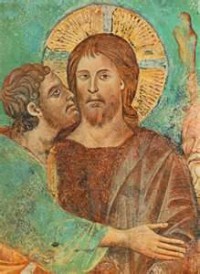 A `Greek horse` is Judas Iscariot, who ate and drank with Jesus, before selling him to the torturers and murderers. 9/11`s hijacking visitors revealed that treachery is homosexuality`s `red dragon` of `blood plague`, and viral warfare, which is why Judas is described in the Bible as a descendant of Cain, the first murderer, of his brother Abel, and Lilith, the mother of `demons`, because `demons` are those men who are traitors. Jesus` perception is that the word `vampire` is betrayed because it means `life-giver`, and 9/11 is the perception that a `Trojan` from Troy in New York State, works, whereas political expedience that defines a virus as a `Trojan` rather than a `Greek`, even though `Greek` standardly denotates homosexual activity, is itself `viral` and demonstrates that `PC` geek `sounds Greek` to everyone: