9/11 was The New Yorker-Plunk, because the Twin Towers were constructed from a basic cost-cutting materialist viewpoint that perceives that it`s not what you put in, it`s what you leave out of the building, that makes it economic to build it. Similarly, if women are a species with her own penis, the enslaving of her `host` womb and the keeping of her on a low developmental level so that she can`t escape from men, necessarily entails the observation that, if you knock down buildings, she`ll have to build them again because that`s what she`s for; producing more men. 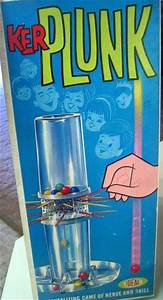 It`s what the ancient Greeks did. They were homosexuals that used women for breeding themselves as parasitical viruses while having pederastical anal sex with boy sons; so poisoning her womb. The `Greek horse`, inside which the Greek men hid to surprise the defenders of the city of Troy and Helen, the `most beautiful woman in the world`, who Paris was protecting, is an early symbol of the AIDS virus, from which we can be protected by means of a Trojan condom (Paris, symbolically). The politely `civil` aircraft that crashed into the Twin Towers on 9/11, 160 miles from Troy, New York State, and terrorizing Manhattan, was effectively a `Greek horse` spreading a virus. In other words, the attack on the man with the hat on, that is, Manhattan, was an instruction from a gangster, not necessarily Saddam Hussein and Al-Qaeda, that thinking it was okay, but saying it wasn`t.

The extended phrase 'keep it under your hat', which didn't arise until the 20th century, simply meant 'keep it in your head', that is, 'think it, but don't say it'. An early example is found in P. G. Wodehouse's Inimitable Jeeves, 1923:

It made such a hit with her when she found that I loved her for herself alone, despite her humble station, that she kept it under her hat. She meant to spring it on me later.1

In sexual terms, it means a man wanting to continue having sex with a woman while keeping his hat on, should keep the secret of women`s enslavement. to himself. Men want to continue poisoning Woman`s womb and having her boy sons continue to build for them so that the `world heavyweight cowards` (new boy sons, symbolized historically, in the 21st century, as the `new poisons` HIV and AIDS) can knock her down again: 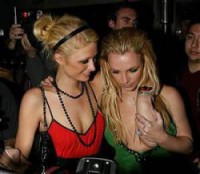 In the Bible the `hidden` woman of the Earth is described as being protected, as Paris kept Helen of Troy, and Paris (Hilton, her Sword) defended Britney Spears during her divorce. The Woman of Revelation leaves the Earth to sow her `seed`, and so presumably, having her own penis, is a species. According to Revelation she defeats evil, receives a new heaven and Earth from God, and the evil who tried to keep her enslaved upon the Earth receive perdition as their punishment. In other words, Britney and Paris, as Sword and Spears, are biblical. In the New Testament the spear of Longinus penetrates the side of Jesus after his crucifixion and death, and before the emergence of the Paraclete or Holy Spirit as the `teacher, guide, comforter and helpmeet` by the side of Mankind. Emerging from Jesus` side, as the `Second Eve` from the `Second Adam`, the Paraclete or Holy Spirit, liberated by the Spear of Destiny, a symbol of the Manifest Destiny and American Dream of the United States of America, is most simply symbolized in the figure of Britney Spears:

`I`m Miss American Dream since I was seventeen.`

Mankind, however, has `kind` appended to it, which implies that there is a qualification. If Woman with a penis is a species, then she`s `Mankind`. Irrespective of whether or not you think Britney`s boy son should be a man and wear a hat on his head, the paparazzi`s influence in taking away her billions because she dropped his cap in the street near Central Park and the courts upheld `negligence`, parallels the observation that CNN`s and The New Yorker`s ratings went sky-high on 9/11, but knocking down the World Trade Centre in Manahattan to remind women that men wear hats, even if she can, as a species with her own penis, wear the pants, still won`t sell it to The New York Times. 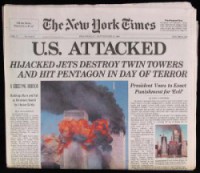