Jungiananalysisliterary > The Magic of Advertising

The Magic of Advertising

The Magic of Advertising

Advertisers use symbols and symbolic imagery in the promotion, sales, and marketing of ‘product’ - whatever that might be - from cars to sweaters, to the latest software or professional expertise. All is grist to the advertiser’s mill, as it were. The concept of ‘targetting’ and ‘target groups’ of consumers is central to the ‘mythos’ surrounding advertising ‘lore’. The archaic language is not misplaced, advertising is replete with symbolisms from mythological sources, be they ancient or modern. An ancient form, for example, would be the ‘love goddess’ motif in all her various erotic guises and disguises as she is used to sell anything and everything from chocolate bars or cosmetics to aeroplanes or holidays, other archetypal figures include those of the hero, the wise old man and the magician. So, is there a difference between, let’s say, James Dean in ‘Rebel Without A Cause’ and Gilgamesh in the Babylonian epic or between Madonna in ‘Desparately Seeking Susan’ and Helen of Troy? Perhaps the only real difference is that, as an archetypal heroine, Madonna or Dean would sell more jeans than Helen or Gilgamesh because they are instantly identifiable by a large segment of the world’s population.

What do we mean by the term ‘archetypal’? The science of archetypes belongs in the realm of psychology. Jungian psychology in particular, that is, as developed by the Swiss philosopher Carl Gustav Jung (1875-1961). According to Jung, human consciousness consists of three basic levels, the conscious ego, the subconscious corresponding to memory, and the unconscious, which is common to all mankind, that is, collective, universal, and containing all possible archetypal configurations and imagery in potentiam. What is important from the point of view of advertising is that archetypes, be they symbolic designs like the seal of Solomon or the wheel of the zodiac, or figurative such as those of the Virgin Mary or Diana, the virgin huntress and moon goddess in Greek mythology, all have a developmental function in terms of the growth of individual consciousness, a process described by Jung as individuation. Mechanistically, archetypes - at periodic intervals in the course of an individual’s development - emerge from the collective unconscious, for example, the hero or goddess, to ‘possess’, as it were, the individual for that short period of time which is necessary for he/she to develop an aspect/facet of personality. One example might be that of the hero archetype which, in adolescence, is useful in developing that ‘heroic’ ego-consciousness necessary to overcome such ‘simple’ difficulties as ‘passing exams’ or ‘asking a girl for a dance.’ 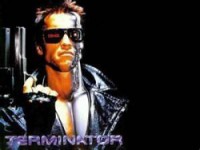 Of course, noone would recommend Arnold Schwarzenegger in Terminator as a model for teenage behaviour, but the hero archetype is central to the characterisation and it also helps to sell chocolate bars. The situation with regard to the usage or non-usage of archetypal material in advertising is, therefore, problematical. On the one hand, George peppard’s role in the A-Team might promote the sales of a particular brand of cigar, but noone wants to see their child driving a jeep into a shopping mall and terrorising local residents because they ‘saw it on t.v.’. Obviously, there is a distinction to be made, and it is possible to make one. The emotive power of a film like Batman or Predator is undeniable and some of the material may be archetypal but it isn’t developmental in the sense that the makers/actors use them - either consciously or unconsciously - to create ‘submyths’, which have a powerful emotional effect but are not concerned with individual growth. The danger is at this crossover point between archetypal ‘triggers’ hero and goddess, crucifix and Star of David, and role models like Brad Pitt or Sophie Marceau. 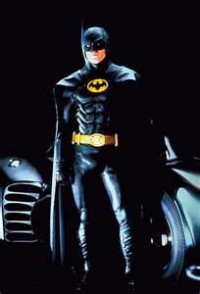 Archetypes have a symbolic logic of their own and their function in, for example, a film about Vampires or the Third Reich might have an impact beyond the level of entertainment and, if the actors who play the characters in these films become associated with those roles, they become ‘icons’ like the recently suicided lead singer of Nirvana or ex-world heavyweight boxer-rapist Mike Tyson who represent dangerous configurations of submythical materials rather than having any correspondence with archetypally developmental symbol systems.

The concept of ‘symbol system’ is an important one. The world religions such as Judaism, Christianity, Buddhism, Hinduism etc., have their ‘maps’, that is, each has a ‘path’ for the individual to follow, for example, in Hinduism each chakra is associated with symbols and signs which, as it were, give directions to the individual as he/she comes to understand/develop their individual consciousness in the course of meditation/yoga. Directional indicators which they can use to orient themselves both internally and externally, that is, the world becomes a system of signposts, pointing them in the direction they need to go in order to achieve ever higher levels of consciousness (each stage of development corresponding to one of seven chakras or symbol maps situated at one of seven energy points along the spine or chakra ladder up to the ‘crown’ of the head or lotus chakra). The point here being that, through a process of comparison of the different ‘symbol systems’ such as the Sefirotic system of Kabbalah in Judaism and that of Hinduism, for example, then we can arrive at an understanding of what we are doing with the submythic materials in our ‘artistic creations - be it film entertainment or advertising promotions - and, if not regulate, at least monitor what is done in the name of Mammon. Unless we know, for example, the effects of putting Egyptian symbolism with the multi-armed figure of the Hindu goddess Kali and the light-sword of Darth Vader in the film Star Wars, we are simply creating emotional/psychological effects/disturbances that may be entertaining but may also have contributed to escalating scales of violence - and violence worship (no violins please) - in society. 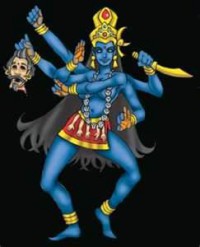 Which brings us back to ‘target groups’ and ‘target markets’, the gun metaphor is, perhaps, not an inappropriate one. Figures like Dean, Monroe, Madonna, Schwarzenegger etc., are media ‘icons’ whose appeal is related to the roles that they play - be they archetypally heroic (Arnie in Hercules, Maddy in Evita) or mindlessly submythical (Arnie in Terminator, Maddy in...pick any video), and they each have ‘targets’ in terms of that appeal which the advertisers and the movie moguls want to ‘hit’. As a psychologist, my interest is in healing and, it seems to me that ‘icons’ like these represent - or can be made to represent through PR and image-makers - archetypally developmental configurations of symbol-toned images that can have a beneficial effect on the development of the ‘target groups’ over and above the mindlessly submythical roles that they may have to play in order to make money for themselves and the media industries of which they are a necessary part.

To take the analogy a step further. In psychiatry we have combinations of chemical compounds which - thanks to the science of pharmacology - we use to treat what are often euphemistically described as ‘chemical imbalances’ in the brains of patients suffering from problems like schizophrenia or mania. From a psychological perspective it should be possible to ‘trigger’ the release of those same healing chemicals through the use of developmentally archetypal material, whether it be in the shape of chakra meditation or iconographically in the shape of an archetypal figure (thanks to the Hollywood image-makers) playing a character or role in a submyth such as the Wise Old Man figure of Alec Guiness as Obi Wan Kenobi in George Lucas’ original Star Wars. Simply put, archetypal characters in mythical or submythical roles can, as ‘icons’ for certain ‘target groups’, function as ‘healers’ in the sense that they, in themselves, represent combinations or configurations of archetypally developmental material that can have the same therapeutic effect treatment-wise for, let’s say, depression or mania, as prozac or lithium. This is not to say that every Hollywood film is a cure-all or panacea, but is an indication that the role of cinema, television, video, computer technology and virtual reality is going to be of paramount importance for the future of clinical psychology. I can foresee a situation not too distant in which a doctor will prescribe some form of interactive therapy for the patient involving any or all of the above mentioned media forms, but not just that! He or she would be able to determine precisely which genre and with exactitude the course of treatment.

”I just broke up with my girlfriend, and I feel like killing her and myself.” 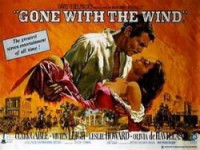 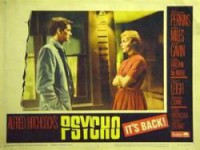 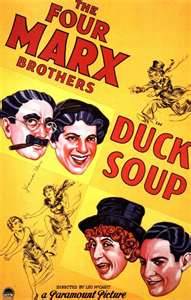 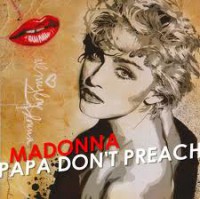