Jungiananalysisliterary > Thou Shalt Not Suffer A Witch To Live

Thou Shalt Not Suffer A Witch To Live

Thou Shalt Not Suffer A Witch To Live

The exhortation ,`thou shalt not suffer a witch to live`, from the Old Testament of the Bible is often interpreted as `poisoner`, and traditionally  witches are female, which means that God`s injunction is against `poisons`. This `eleventh commandment` is illustrated by the `Last Supper` at which Jesus observes that Judas Iscariot will betray him after he has offered the `bread and the wine`, as a symbol of his `body and blood`, which will have Resurrection and Ascension after Jesus` crucifixion and death.

In the legend of King Arthur, the Holy Grail is what the knights quest for, and is the vessel from which Jesus ate and drank at the `Last Supper`. Symbolized by the `Round Table` and, in the modern age by the rotary club, the notion is of eating and drinking without fear of poison. The concept of witchcraft relates to the role of the woman who gives milk from her breast to the infant. In Revelation the woman `clothed with the sun and with the moon at her feet` gives birth, while the red dragon waits in vain to devour her because she isn`t married.

The Virgin Mary gave birth to Jesus and suckled him from her breast, but he was born without the evil serpent`s `seed`, that is, men`s semen, symbolized by the red dragon of Revelation and the events of September 11th 2000. Ancient Greek society was based on homosexual pederasty and warfare, which they spread by means of the `Greek horse` before the walls of Troy. The Trojans, believing it to be a `gift`, took the huge horse into the city, and were overcome by the Greeks who emerged and captured Troy. The `Greek horse`, the terrorists who hijacked the 9/11 `civil` planes, and the Grail from the `Last Supper`, symbolize `friendship betrayed`, which is poison. Because homosexual pederasty and warfare is the means by which men, as the enslavers of women`s host wombs, spread their disease, the `Greek horse`, Judas` Iscariot`s betrayal of Jesus, and the ticket buying  `visitors` that hijacked the 9/11 planes that crashed into the Twin Towers of New York`s World Trade Centre, are prototypical of the `game` that are the boys & us plague. 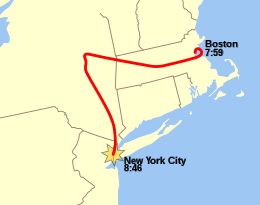 The woman of Revelation is `hidden` until she leaves Earth to sow her `seed` in heaven, where she defeats the evil serpent`s `seed`, whose adherents receive eternal unendurable pain from God as their punishment. Because she sows her own `seed` she has a penis of her own, as futanarian women do (https://www.futanaria.com ), which means that Woman has escaped from the boy sons, and that the red dragon of Revelation is a symbol of the farthering of poisons, that is, HIV/AIDS is a manifestation of homosexual pederasty`s plague aims, which is to play games as boy sons with warfare, and HIV/AIDS is a `biological weapon` that has a psychological dimension insofar as, for homosexual pederasty, which seeks the death of woman as a species upon the Earth, friendship is an opportunity for the boy sons, that is, the poisons, to attack her.

The Nazis of the `fatherland` exterminated the Jews, who could only be Jews if they were born from a woman, which means that women are women and men are fartherers of boy sons. In short, the `eleventh commandment` that `thou shalt not suffer a witch to live` relates to the boy sons:

`And upon her forehead was a name written, MYSTERY, BABYLON THE GREAT, THE MOTHER OF HARLOTS AND ABOMINATIONS OF THE EARTH.` (Rev: 17.5)

The concomitant of the `Greek horse`, as the prototypical `plague carrier`, that is, the promulgation of homosexual pederasty, warfare and plague, by means of conventional boy sons, the `biological warfare` against women`s wombs by means of HIV/AIDS poisons (boy sons), and the spiritual poisons of witchcraft, which is the proliferation of alien viral parasitical life forms that are men (boy sons) by `Greek whores` who knowingly produce them to exterminate their own species upon the planet of the Earth.

Although Jesus` spoke the language of Aramaic, which is Syrian and is ancestral to both Hebrew and Arabic, the language of the world in the modern era, is English, which means God`s omniscience prepared the globe to understand that `boy sons` were `poisons` if they were the children of `THE MOTHER OF HARLOTS AND ABOMINATIONS OF THE EARTH`. Those women who taught their boy sons to be a plague, and a parasite, and to have `plague games` ambitions of `extermination camps` for women`s wombs, while the boy sons` plague aims at war, and the boys & us `play games` of `biological warfare` (HIV/AIDS) against Woman are the `Greek whores`.

Woman is God`s producer and product, target of the spreaders of the contagion of homosexual pederasty, conventional warfare, and `biological warfare` in the form of HIV/AIDS, which is the perception there`s noone to be trusted, and treachery is always `in the air`. The `Greek horse` of 9/11`s `civil` planes sought to spread global terrorism from the `city of the planes`, New York.

In Genesis Sodom and Gomorrah were destroyed by God, because they practiced homosexual pederasty in the `cities of the plains` (18,19), which means God was warning of 9/11 as long ago as the Old Testament, while 21st century sodomy is `plague games` in `shoot `em ups` on `politically correct`, `police constable`, `parental control` PC`s, while `politically correct`, `police constable`, `parental control`, `PC` 911 remains unable to see the difference between `working like a Trojan` in Troy, New York State, and a 9/11 `Greek horse but, after watching the `plague aims` at the Twin Towers on CNN, begins conducting `TV War` against the heterosexuals who, for the homosexual pederasts, are God`s transvestite (TV), wearing different clothes. The red dragon of Revelation is the homosexual pederasty of the `PC`, recognized by T.S. Eliot as early as 1920`s The Wasteland: He Do the Police in Different Voices. Homosexual pederasty promoting its plague games has made `police` the `bullies` of Revelation, where 999 = 666:

Because Jesus` language was Syrian, and President Assad of Syria`s original family name was `Wahash`, which means `the beast`, Saddam Hussein was the `beast` as the `crusher`, which is his first name, when translated from the Arabic. In Genesis Eve is told by God that there`ll be perpetual enmity between her `seed` and the serpent`s, but she shall `crush` his head with her `foot` when she leaves. The name for women with their own penis and their own `seed` is futanar or `fut`. In Hungarian `fut` means `run` and `tanar` means teacher, which means the future of Woman is to leave Earth, after crushing the head of the evil serpent, which is her teaching, in accordance with God`s:

Men are women`s imprisoners, alien parasites preparing to destroy all life, art, civilization, and culture upon her species` Earth. God`s omniscient perception of English as the vehicle for the boy sons (poisons) gives credence to the notion that Hungary, as the centre of the European Union, world`s superpower rival to the USA and China, has something to say; like `futanar`.

In the Catholic church the idea of wearing a condom was anathema before HIV/AIDS, and Catholicism was criticized for its position on sperm, which was that each spermatozoa constituted a life, and was valuable. If the evil serpent`s `seed` is HIV/AIDS, then the church`s position on the value of sperm is vindicated. If woman with a penis of her own is a species, who is to remain `hidden` upon the Earth before she leaves, then it`s important that her `seed` remain uncontaminated by the virus, which is the devouring red dragon of Revelation`s homosexual pederasty insofar as the evil serpent`s `seed` promulgates warfare and terrorism through `Greek horse` treacheries, and the creation of `biological weapons` from (and for) women`s wombs; in the form of HIV/AIDS or similar STDs, contaminating the future of women, as a species, with her own penis and `seed`.

In the Catholic church, homosexual pederasty is rife, which means warfare and global terrorism is being preached and taught by the clergy in the Roman Catholic church, although the Catholic `position` was reversed that condoms shouldn`t be used in marriage because of the dangers of HIV/AIDS. That signaled the advent of the `New Redeemer`, and the warning should have been heeded. Those who didn`t heed the warning are the homosexual pederasts of Revelation that prefer contagion and the spreading of it, and accept the `mark of the beast`, which is the ID, in Freudian terms. The devouring red dragon of Revelation is a psychological symbol of homosexual pederasty`s `blood plague` aims; to produce `boy son` minds (poison minds) in, from, and for Woman`s womb (HIV/AIDS) and, as alien parasitical viruses, devour her, and her species` Earth, as `plague games` of war, destruction, and death.

The `hidden` woman of Revelation is given a new heaven and Earth by God to dwell in forever because her `seed`, that is, the seed of woman with her own penis as a species, defeats the evil serpent`s `seed` after a war in heaven, which is the homosexual pederasty of the devouring red dragon of Revelation trying to farther its boy sons` of war, plague, and famine:

`People who get HIV also lose enormous amounts of weight. What they both have in common is that the immune system is often driven into overdrive. It’s pushed very hard.`2

In effect the disease HIV tells the body it doesn`t want to eat or drink, which means that the growing of food, or the taking in of liquids, isn’t necessary to the starvation, which means that HIV improves the `famine` concept, from the traditional perspective of war, plague, famine, and death as the `four horsemen of the apocalypse`,  which is why water turning to blood is a `plague aim` in Revelation, because the `thin` disease of HIV makes water unwanted, and as water is the very stuff of life (70% of the body), HIV is homosexual pederasty`s `famine` upon the Earth.

In the last stages of a consumer society based on the `number of the beast`, or numbered IDs, there`d be consumption, which is what the HIV `famine` prefigures, that is, a form of hyperactivity, in which the appetite for sustenance is sublimated into other forms of devourment; warfare, plague and death. The 20th century was the age of the recumbent homosexual pederast who spent its alienated days watching God in different clothes killing itself in WWI and WWII movies on `transvestite TV`, while the modern sex starved boy sons (poisons) were instructed that pornography, and therefore women, were evil, were prepared for `shoot `em up` Gulf `TV War` (1990-2011), and other death `plague games` on their Play Stations. In This Sack With The Gurkhas, and Baghdad`s Burkhas And Other Noncom Females perhaps. Woman does escape from the Earth, according to Revelation, as her own species, with her own penis, and God`s injunction in Exodus can then be read  as `woman thou shalt not suffer to live`, which is Revelation.