Tonsil Hockey and the Great Seal

Tonsil Hockey and the Great Seal

The eyes are the ` windows of the soul`, and `tonsil hockey` is slang for kissing. Hockey, of course, can be played on ice, and Eskimos use a hole in the ice to fish.  The joke in `tonsil hockey` is that, beneath the eyes, is the hole where it`s `played`. Fish are `played` in angling, and the eyes, as the `window of the soul` have to be `forced` so that the woman`s `hole`, a slang term for a woman`s sex, can be used. 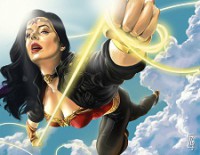 Beneath the eyes are `fish`, if the developmental psychologist Carl Gustav Jung is correct (1875-1961), that is, archetypes of the collective unconscious and, in particular, the anima in man that corresponds to the soul, and appears in myth, dream, imagination, and historically, in figures such as Venus, the `wise old woman`, Wonder Woman, and Margaret Thatcher, for example. In Jungian psychology, the contents of the archetypes of the collective unconscious emerge into consciousness as guides to personal growth, and in Christianity the `teacher, guide, helpmeet, and comforter` is the Holy Spirit as the eyes of the individual that accepts God. 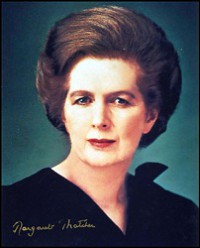 Sometimes called the Paraclete, the anima corresponds to the `spirit of God`, the Shekinah of the Old Testament that, dwelling where the Commandments are kept within the Ark of the Covenant with God, effectively emerges again in the New Testament as the `Second Eve` from the `Second Adam` when Jesus` side  was pierced by the spear of Longinus after his crucifixion and death.

The `spirit of the law of God`, she`s sometimes called the `Advocate`, and in Islam corresponds to the `hamzad` that records the individual`s actions and prepares to defend the individual`s acts before God. In Jungian psychology `scenes` are archetypal, because there are only so many permutations in terms of human behavior. Consequently, the `Advocate` concept is that of a `recorder` operator who plays archetypal `scenes` so that the `hamzad` can defend her individual before God on the understanding that all scenes are archetypal and so it`s the good acts that are important and the others are abherrations caused by `demonic` influences.

It`s a similar concept to the karma of Hindu philosophy in which acts have to be repeated so that the individual can behave differently a second time and  free themselves of the sin they committed the first time in the same scene.The `hamzad` observes what is acceptable in terms of the repeated scenes, and argues before God that the scenes in which the individual performed well are the truth about the personality, which is different to those acts performed when the individual was possessed by `demons`.

The classic Arabian tale of Sheherezade in 1001 Nights illustrates this perfectly. Shah Jehan suspects his brother of an affair with his wife, and so cuts off her head. In Islam he`d claim to have been possessed by a `demon`. Shah Jehan`s wife said she was `innocent`, which he knew, and so he cut off her head because he wanted to. The rest of the tale is of how he had sex every night with a different woman and had her head cut off in the morning. Sheherezade tells him stories and keeps him interested so that he marries her and she and all the rest of the women keep their heads. Shah Jehan should go to hell because he wasn`t possessed by a demon, he just wanted more women. Sheherezade`s stories paint scenes in which Shah Jehan`s reconsidered actions are recorded and so he can be defended by the `hamzad` before God.

The role of the `hamzad` is like a story without a `plot`. Plots are for criminals. But a story without a plot is just a story: it`s not a crime. The classic ending is: `They lived happily ever after.` Stories are archetypal insofar as they`re about development,  or what`s best. God is omnipotent good, so the developmental archetypes of the collective unconscious, as psychological instruments of `God`s Plan`, want what`s best for the individual, because that`s what`s desired by God, which is why optimization is the paradigm for Arabia`s `hamzad` and Sheherezade, the archetype of `the storyteller`. Shah Jehan`s a `criminal actor` in a `plot`, and Sheherezade presents him with the best archetypal paradigm, Redemption through love, so that the `hamzad` can record his actions as `improved`. 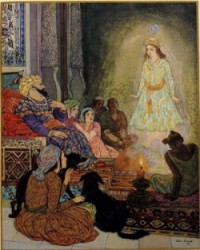 The hole beneath the eyes isn`t a plot until kissing is described as `tonsil hockey`. Then it`s a story of seals looking for fish. If the Paraclete is an archetype or `fish` swimming behind the eyes, and she`s the Holy Spirit that`s invisible to mortal eyes, then the seal wants to eat her. In Christianity Jesus is symbolized by the `fish`, and describes himself as a `fisher of men`, so the role of the Paraclete suggests she`s the `fish` he wants to place by the side of Mankind as an archetypal `teacher, guide, helpmeet, and comforter`. 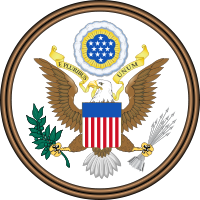 In the United States of America, In God We Trust is the legend on the `Great Seal` which has, as an obverse, God`s everlasting approval for the work. The symbol is an eye above an incomplete pyramid. The seal symbolizes America`s protection for the work of God, but it also suggests that the seal is upon the eye of God so that God can`t see that the work is never to be complete because men don`t want to allow the `hidden` woman of Revelation to leave the Earth, as she does at the close of the Bible, because that`s the `Great Work` of God.  In Revelation the `hidden` woman leaves to sow her `seed` amongst the stars in heaven where she`ll fight and defeat the evil serpent`s `seed`. God will give her a new heaven and Earth for her `seed` to dwell in forever, and the evil will receive perdition.

The `Great Work` is thwarted by men because futanarian women have a penis of their own, which is why they hide. Men don`t want woman as a species; they want them as breeding slaves for themselves as parasitical viruses: `bottom  feeding` off the dying `fish` that is the undeveloped abortion they`ve made of Woman`s `host womb`. In `tonsil hockey` terminology, God`s eye is blinded so that women`s holes will accept the lying tongues of the parasites. As the spirit of God`s womb, and Mankind`s `soul` or anima, Woman is the Earth`s `producer`, and men are the evil creatures that want an endless futility of `almost there` so that they can pretend to be `builders` with God. 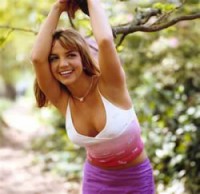 The USA gave Saddam Hussein the 3rd largest army in the world so that they could `play soldiers` with him. The destruction of the Twin Towers in New York was a typical `unmaking` so that God would be `hoodwinked`. The `Great Work` would go on despite attacks by the evil `serpent`, symbolized in Revelation by the red dragon waiting to devour the `New Redeemer`, protective of the `hidden` woman of the Earth. But Gulf Wars I and II weren`t against the evil `serpent`; it was a `paper dragon`. Saddam Hussein`s big army, looking good on paper, in reality was a pushover. 9/11 was a boy`s building blocks being knocked down so they could take him to `play soldiers` again, while what he really wanted was to be Britney Spears with a penis in heaven.