A woman is like a starship. From the outside it`s more important to the person living inside than to the person who`s looking at it. Starships on Star Trek have shields, which correspond to a young woman`s hymen. Penetration is the essence of reproduction, and ancient Greece was founded on the principle of rape by homosexual pederasts who weren`t interested in the young woman they were looking at but wanted only to spread their `plague` by means of warfare. Against Troy the Greeks employed the ruse of a friendship `gift`, a huge wooden horse inside which they hid and waited for the Trojans to take it into the city where the Greeks emerged and enslaved the women as host wombs for more homosexual pederasty and `plague` through warfare. 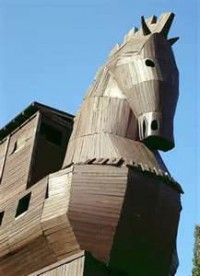 By the last quarter of the 20th century, homosexual pederasty`s virus of `rape` had developed into the disease HIV/AIDS, and the 21st century began with the `Greek horse` of terrorism masquerading as friendship, when Arabians from Boston, Massachussetts, hijacked `civil` aircraft and crashed them into the Twin Towers of New York`s World Trade Centre. As with a woman and a starship, the WTC was more important to those looking out. Penetrating rape is basic to enslavement by homosexual pederasty, and a developed production, which the WTC represents, was the target of the `disease`, which doesn`t want woman to be able to `look out for herself`. 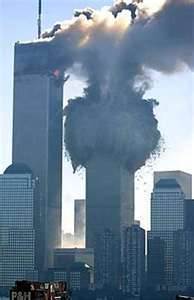 In the Bible homosexual pederasty is described as the `red dragon`, and its `blood plague` of Revelation, which is HIV/AIDS, is its `biological warfare` against women`s wombs. According to Revelation the `hidden` woman of the Earth is protected from the devouring `red dragon` by the `New Redeemer`, which suggests a condom. But that`s what a starship is. From the point of view of a woman who wants to protect her hymen from rape by homosexual pederasts who want to enslave her womb. Of course, from the point of view of the `red dragon` and `blood plague` of homosexual pederasty a starship is a devourer. 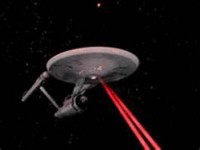 In Revelation the `hidden` woman is depicted as leaving the Earth to `sow` her own `seed` in heaven, where she fights against the evil serpent`s `seed` who attack her from Earth. She defeats them and they receive perdition while she receives a new heaven and Earth, which means that women with their own penis leave the Earth as a species and do not return. 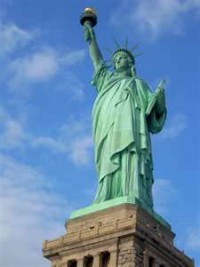 9/11`s Twin Towers were a symbol of development `reaching for the stars`, and their destruction was a curtailing of development. In effect, the Twin Towers were the hymen of Liberty, and she was attacked to promulgate homosexual pederasty and warfare so she`d remain enslaved, would never have a starship of her own, and would never enjoy the stars independently of men. The development of humankind is `driven` by the penis, which is in fact female, and the alien parasitical viruses that are homosexual pederasty`s `red dragon` and `blood plague`, that is, men`s devouring starships, want to keep her enslaved as a producer of more plague and war.

In the developmental psychology of Carl Gustav Jung (1875-1961), instinctual, or libidic energy, which is sexual, transforms into spiritual or intellectual endeavour, and explains God`s exhortation to Adam and Eve to live `by the sweat of your brow`. God tells Eve `childbirth` will be `painful`, which accords with the `apocalyptic` birth of the `New Redeemer` from the `hidden` woman of Revelation, who leaves Earth after being `protected` by the `male child`.

In Jungian psychology there are archetypes, which exist in the collective unconscious of humankind as `impulse engines` for species` development, and abstractly, or as helpful figures, appear in art, dreams, and the imagination, which means the figure of the `New Redeemer` is a `protector` of women, and so anything that defended her hymen, from a condom to a starship, was the `New Redeemer` before she left Earth.

Because she`s futanar woman with her own penis, and so a species independent of men, she`s the solution to men`s `red dragon` of war and `blood, plague` of  homosexual pederasty`s promulgation of itself as an alien parasitical virus, which doesn`t want futanarian women to escape from Earth to the stars by means of her own penis; although the `New Redeemer` and the `hidden` woman of Revelation are those that are using their developmental capacity for inventive genius to devise a means of escape for her. 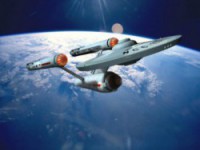 Because futanarian woman escapes from the Earth in Revelation, her penis is perceived by the evil as Satan`s, because Satan traditionally is prevented from leaving the Earth by God because he`s male. In Revelation God has secretly provided woman with a developing penis and she escapes, which means the concept of evil as being the penis itself - and Satan - is rectified by God.

Those who describe themselves as Satanists and laud 9/11 as a penis` development being killed by penetrating spears are not Satanists at all, but evil people who would kill the inventor of the impervious starship shield, that is, the penis, but not the inventiveness, and would seek to continue to mock, and sporadically enjoy the fruits of others` labours, because that`s what evil criminals do. 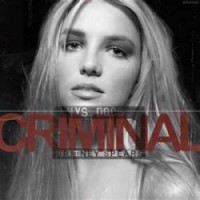