Jungiananalysisliterary > Wrestling Tanks and Tearing Down Trees With Your Bare Hands

Wrestling Tanks and Tearing Down Trees With Your Bare Hands

Wrestling Tanks and Tearing Down Trees With Your Bare Hands

The perception that it is the role of the masculine ego to heroically perform feats of strength is viral. The concept of individual growth is, essentially, painting and building, that is, constructing an environment in which to live and keeping those things within it that are beautiful to look upon, which is not what the virus teaches.

In ancient Greece the homosexual pederasts enslaved the wombs of the women to promote the spread of their contagion by means of warfare, which by the late 20th century had become `biological` in the form of HIV/AIDS, and reified as a biblical plague in 9/11`s `Greek horse` attack on the Twin Towers as the virus form of terroristical warfare that was to be the paradigm of the 21st century.

The `Greek horse` had been prepared as a weapon of the alien viral life form of the homosexual pederasts since their constructing of a `wooden horse` to fool the Trojans of the ancient city of Troy into accepting them hidden inside the hollowed structure in what was the equivalent, in ancient times, of 911`s `civil` aircraft before the hijackers crashed them into the Twin Towers.

Precipitating the world into `Play Games`, that is, plague aims, as defined by the ancient Greeks` spreading of their homosexual pederastical contagion within the walls of the Towers of Ilium, the 21st century`s equivalent paradigm is HIV/AIDS, which appeared as `air AIDS` before the Towers of New York, in reified biblical form. Modernity`s version of homosexual pederasty, an airborne viral plague of enslaving war, its plague aim was  to keep the wombs of women forever in the hands of the viral alien parasite that was using her.

Fears of Saddam Hussein`s developing `biological weapons of mass destruction` were realized. By infecting the USA with the `Greek horse` virus, homosexual pederasty, in the form of `War Games`, as Gulf War (I and II), the `TV `shoot `em up`, was re- established as the global paradigm of the `Play Games` generation by the ambitions of those who `plague aims`.

In Revelation the `red dragon` waits `in vain` to devour the `protector` of the `hidden` woman of the Earth, so Saddam, whose name means `crusher`, wasn`t successful in devouring the `Big Apple`, according to the Bible. Obviously the `hidden` woman is important because she represents the antidote to the HIV /AIDS paradigm of boy sons (poisons) that want to destroy her Earth, and she leaves to sow her `seed` in heaven, so she has a penis of her own and is futanarian woman.

According to Revelation, the `woman clothed with the sun and with the moon at her feet` defeats the evil dragon`s `seed`, and wins a new heaven and Earth as her reward from God, while the evil receive perdition. Clearly God is planning the emergence of Woman, as a `new species`, and the devouring of Eve`s apple of wisdom, in the symbolic form of New York`s `Big Apple`, was a part of men`s plan, as viral homosexual alien enslavers of her `host` womb, to prevent her escape.

The paradigm of the male ego, as a parasitical alien, is not to grow and develop as an individual but to replicate itself like a cancer that, tumour-like, allows the `host` to live only for as long as it takes for the cancer to fulfil its teleological goal, which is death. The greater the collective awareness of itself, the less chance there is of the survival of the Earth`s species, which is Woman with her own penis.  Because the viral form, that is, men as Woman`s parasitical alien killers, represent warfare and `biological warfare` in the terroristical `shoot `em up` shapes of `TV` Gulf War (I and II), and  9/11`s `civil` planes concealing the virus of war as a `Greek horse` within the 21st century biblical plague `invasion paradigm`, HIV/AIDS.

Effectively, the male ego virus is `puff up your chest until you`re attacked`. Men are taught to perceive that strength is defensive, but if women have a penis they don`t need men, which means that men aren`t defending anything other than themselves, which is what a self-replicating cancer does. The simplest perception is that, without men, women would live. Because men are a parasitical alien viral life form that isn`t native to Earth. The wars of the 2oth century were the manifestations of the strength of a cancer`s capacity to replicate and function as a `killer disease`, and 9/11 revealed its source. The homosexual pederasty of ancient Greece which used its skills in war, most notably represented by the `Greek horse` feigning friendship, as an HIV/AIDS` cell feigns friendship for the immune system`s `white cells` it kills. 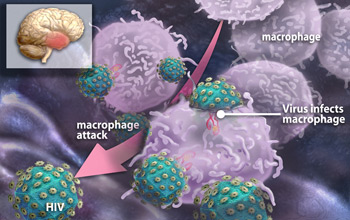 Men`s transmitting of the idea to the male ego to have bodily strength and `defend` is for those who have no intention of painting and building, because Leonardo Da Vinci, Einstein, and Steven Spielberg can paint and build, which means that they`re being threatened by the alien cancer, because they can paint and build, not so that they can defend what they`ve painted and built.

The basic perception of the alien cancer is that an individual develops and grows, or a society, civilization, culture, planet, etc., in order to defend it against the alien cancer, which doesn`t want growth or development that would threaten its parasitical alien life, and that`s why 9/11 occurred. If women don`t need men to reproduce, men are extinct, and so men are prepared to sacrifice, as an alien parasitical cancer, Woman`s longevity for her ephemeral existence and their longevity as her cancer. Because it`s the best that the cancer can envision. Or, in the simplest terms possible, men continue as a cancer and women don`t live very long, because if they see her penis it might `embarrass` men, as their `assassin`, insofar as Woman could live without the `injection`.

The clitoris is the only organ of the human body that is designed solely for pleasure, and so a woman with a penis is doubly advantaged and she`d be able to work on individuational or personal growth projects as an immortal woman without ever needing to conceive of another penis. Indeed, if she wanted to have a child of herself, she could use her own penis, which is why futanarian women have much bigger penises than average males. However, there`d be no need for an immortal futanarian woman to have a child, because futanarian women obtain sufficient pleasure from their own bodies, as lesbians do in kissing and masturbating, that they don`t need vaginal sex from an alien parasite that wants to shorten her life to make her more accepting of its intention, which is death by virus.

Webnode, an innovative sitebuilder
Have a captivating website for free!
Get started