The AIDS virus is a metaphor for evil which is why it is often thought of as the prophesied `blood plague` of Revelation that is virulent because it feigns friendliness towards the cells of the body in order to kill. Of course the concept of the body can be translated in a variety of ways; the body politic; the body of society; the organizational body; the body of belief; the body of evidence and the body of work, etc. On 9/11 the Al Qaeda terrorists crashed aircraft into the Twin Towers of the New York in order to infect the body of American thought, and transform the `Big Apple` of wisdom garnered since Eden into an apple of poison that would infect the globe.

`There is no God but Allah`

The attack was similar to the `Greek horse` of the ancient world, which was set before Troy as a `votive offering` from the Greeks to the Trojans for a safe journey home. The Greeks treacherously hollowed out the interior of the huge wooden structure and hid inside until the Trojans accepted the `gift` and took it within the walls where the Greeks emerged to capture and enslave the city.

War is the `medium` by which the Greeks exported their mode of homosexual pederasty, and enslavement of women as `host` wombs for the furthering of their `war games`, which were in fact `plague aims`, because men are an alien parasitical viral life form. Troy and 9/11 are instances of the `blood plague` of Revelation identified as the devouring dragon that`s red, and which God attempted to eradicate at Sodom and Gomorrah (Gen: 18,19), the `cities of the plains`, while the `red dragon` and the `blood plague` resurfaced on 9/11 at the `city of the planes`, New York.

New York was attacked by ticket-buying visitors from Boston, Massachussetts, `feigning friendship` for the USA, which is what the HIV/AIDS virus does with the white cells of the body`s immune system. AIDS pretends to be a white cell, and then kills the white cell it has befriended so that the body dies. Consequently, AIDS is a metaphor for someone who behaves as a friend in order to be evil towards you, which is why it is defined in Revelation as `blood plague` and a devouring `red dragon`. 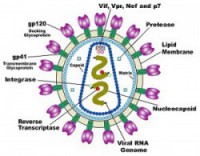 The fear of AIDS is allied to fear of friendship, because AIDS is a metaphor for evil friends. Insofar as it represents the `blood plague` of the `red dragon` of homosexual pederasty as devouring war`s `plague aims`, AIDS is a legitimate source of homophobia, because homosexual `friendship` is a psychological evil that posits deceit as a mode of existence. Succinctly, homosexuality and AIDS are a `traitors gate`, because homosexuals and AIDS practice deceit, or `plague games`, in order to invade healthy bodies and kill them. 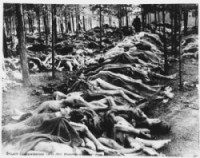 In common parlance homosexuals are `faggots` because they accept the `plague aims`, and that `plague games` is what they want, which means they`ve agreed to accept unendurable eternal pain as God`s punishment for their decision to `play games` with the devouring flames of the maw of the `red dragon` rather than live in friendship without homosexual pederasty`s `blood plague` of warfare:

`Whoever doesn't live in me is thrown away like a branch and dries up. Branches like this are gathered, thrown into a fire, and burned.` (John 15.6)

`... the sun was given power to scorch people with fire. They were seared by the intense heat and they cursed the name of God, who had control over these plagues, but they refused to repent ...` (Gen: 16.8)

According to Revelation the `blood plague` of the `red dragon` waits in vain to devour the child born to the `woman clothed with the sun and with the moon at her feet` who is the `New Redeemer` that will protect her before she leaves Earth to sow her own seed in heaven and fight a victorious war against the evil serpent`s seed grown since Eden into the dragon and its seed.

The Japanese flag is a red sun, and is usually associated with the power of the sun that the USA unleashed upon Nagasaki and Hiroshima in the shape of the atomic bomb after the treacherous attack on Pearl Harbour in 1941. Al Qaeda`s flag is a yellow moon, and is usually associated with the treacherous attack on New York Harbour on 9/11. In Arabia the moon is male, whereas in Western culture the moon is female and, in the developmental psychology of Carl Gustav Jung (1875-1961), the sun is symbolic of the female soul while the moon is symbolic of the female ego, so the `woman clothed with the sun and with the moon at her feet` is a symbol of the need for her Redemption and escape from men. 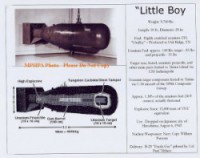 From God the escaped women and her seed receive a new heaven and Earth in which to dwell forever. Because she has her own seed, she has her own penis as `futanarian` women have, which means Woman is a species and she`s escaped from men and their `boy sons` who `poison her` and are her death. The `male child` who protected the `hidden` woman during her sojourn upon the Earth has an `iron scepter` or `rod` as a `sign of authority`, which is that of the futanarian woman who has a penis of her own, and so is the precursor of Woman in God`s heaven and new Earth.